Find a mistake? Let us know the issue here.

Advanced Networking supports the creation of virtual routers that enable network traffic to be directed outside of the private network. Routers can be attached to an external network. When attached to an external network, the router can provide attached private networks with public internet access via SNAT. In this way, multiple VMs can use the same IP address to communicate with the outside world, saving precious public IP resources.

Step 3a. Select the desired project from the Nectar dashboard and navigate to the Network -> Routers tab:

Step 3c. From the Create Router window enter the name of your router. Select an external network local to your instance Availability Zone to achieve the best network performance. This will attach a publicly routed IP (not to be confused with Floating IP) to your router and allow outbound communication from any instance that joins your gateway-enabled private subnets. Once completed, click Create Router: 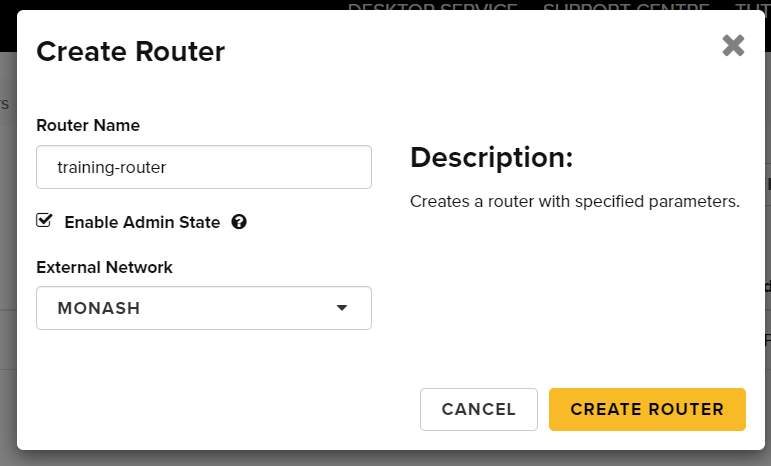 You can refer to the Network -> Network Topology tab for a visual representation:

Once the router has been created you must attach it to the private network of choice.

Step 4. Attach a Router to a Private Network:

Step 4a. From the Routers menu, click the name of your router, then select the Interfaces tab.

Step 4b. From within the Interfaces tab click Add interface:

Step 4c. From the Add Interface window, select the Subnet you created earlier from the drop down box. Ensure you set the IP Address (optional) to the IP address you specified in Creating a Private Network, Step 4, Gateway IP. Once completed, click Add interface: 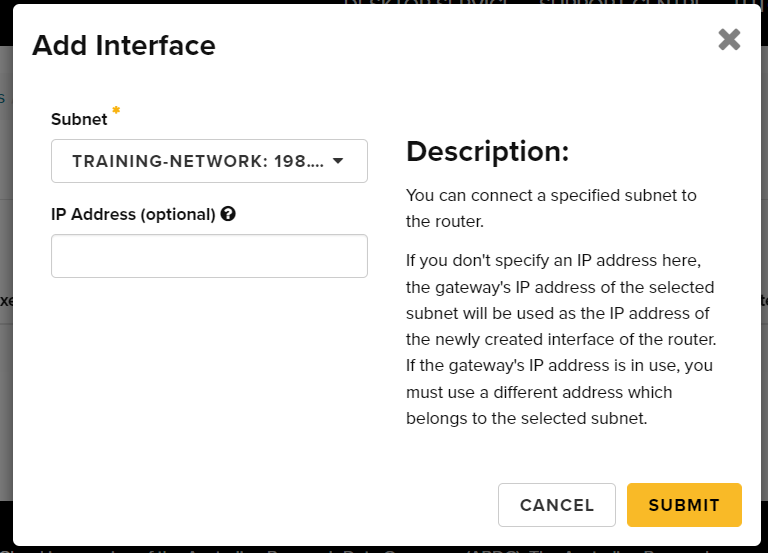 You can refer to the Network -> Network Topology tab for a visual representation: 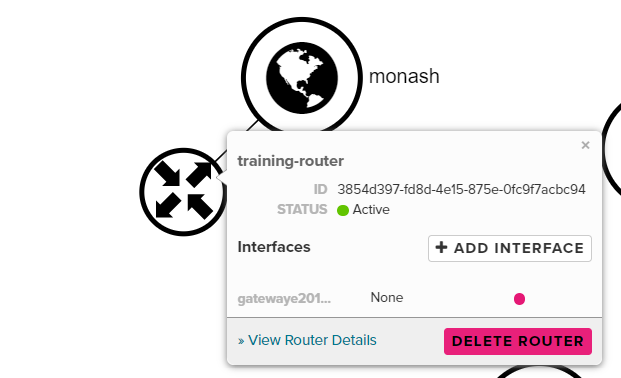 Once the interface has been successfully created you can begin to attach a compute instance to the network.

6. Launch instance in your new network