This tutorial is part of the Cloud Starter Series.

Back to Cloud Starter

Find a mistake? Let us know the issue here.

Applying a Security Group at Launch

When you launch an instance using the Nectar dashboard, the Launch Instance dialog will guide you and will ask you to apply one or more security groups. You will need to have created those group before the following the launch dialog. 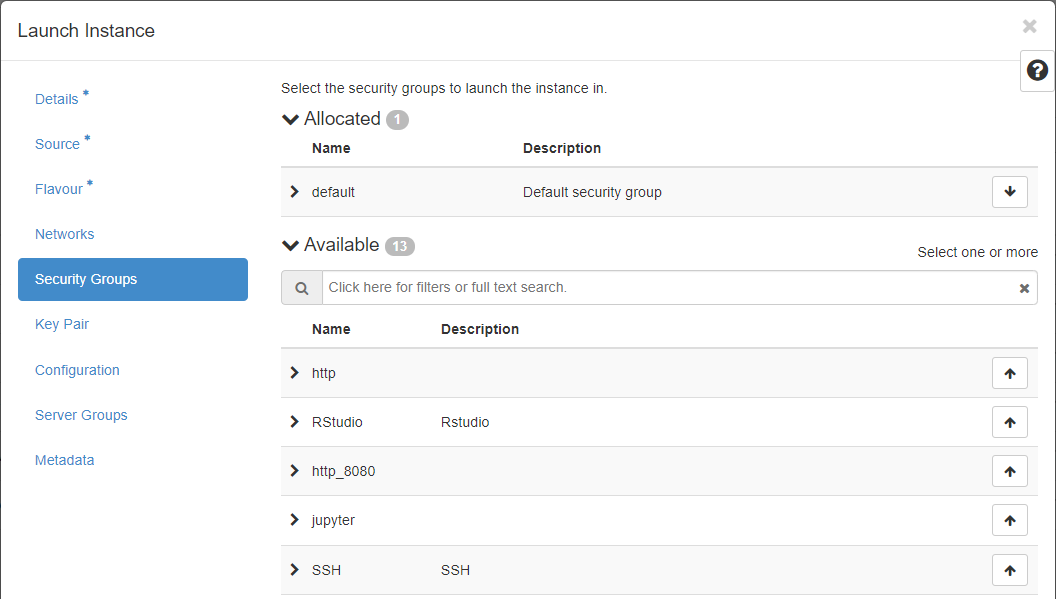 Cloud Starter
If you’re following the Cloud Starter Series: you’ll learn about Launching and the Dialog in our Launching Virtual Machines tutorial

Applying a security group on a running instance

If an instance is already running you can add security groups to the running instance to make it respond to additional network traffic, or remove security groups when they’re no longer required. You do this using the option “Edit Security Groups” in the Action button menu for your instance. This will launch the Edit Instance dialog as shown here.

Cloud Starter
If you’re following the Cloud Starter Series: you’ll learn about more about Changing things on your instance in our tutorial Rebooting, Deleting, Rebuilding, Resizing